My relationship with violin

went through several phases. It was my first instrument – I imitated my dad’s playing at the age of four. At six I started at the music school and I liked my first teacher because he was strict. When he praised, it meant something. I also had home control and support in practicing, so I didn’t give up in the difficult early days. But I didn’t have what it took to be a classical virtuoso. Rather, the guitar soon appealed to me, allowing me to play songs without sheet music and to improvise. The violin went by the wayside for many years.

But then something changed and I returned to the violin enthusiastically. One of the reasons was my guitar album Overtones. After finishing it I had the urge to play more on another instrument for a while. And it was also meeting Casey Driessen in the fall of 2018.

Of course, I knew his videos, admired the ideas and technique. But seeing his live workshop and evening solo performance showed me that my ideas about the possibilities of this instrument were a bit limited. And with Casey, I also became more aware of the potential of the five-string violin (tuning c-g-d1-a1-e2). The extra fifth gives the five-string the range of a guitar with a capo, so you can accompany your singing, but compared to viola, it retains the ability to play expressive melodies in the treble because of the thin e string.

But getting a good five-string violin is neither cheap nor easy. After a bit of research, I discovered that building five-string violins has a tradition in Scandinavia, and thanks to a tip from my friend Oskar Reuter, I ordered one from a violin maker Per Hardestam. There weren’t many examples of his violins on the internet, but from what I’d heard (e.g. videos of Albin Ekman) I was impressed. A year after our first contact, I went to try his instrument with serial number 96. 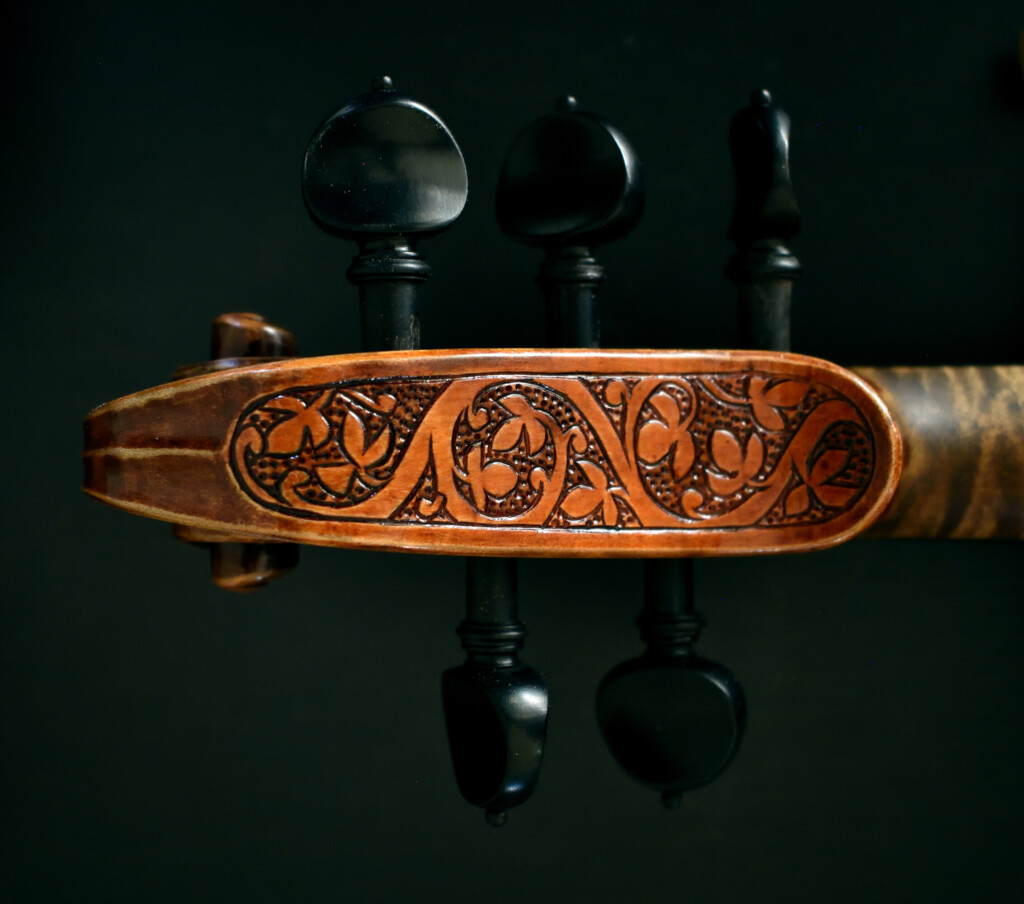 On the way to Sweden

I went by car because I have a soft spot for Scandinavia. One of the things that fascinate me about the Nordic countries is their readiness for tourists and the fact that there are so few of them. On our past trips with my family, I’ve enjoyed the freedom to choose a vacation itinerary based on the situation, because as long as you’re not parking in someone’s backyard, you can sleep almost anywhere. Plus, as long as you are OK with a cold bath (there’s water everywhere!) and have some supplies, you’re totally free.

To get in the Swedish mood, I listened to a very nice podcast A Flatpack History of Sweden on the way. After a bit of a grueling start and traffic jams on the Polish highways, on the second day of my trip, I stood on the ground of “the oldest city in modern Sweden” – Lund. In less than two hours I managed to soak up the atmosphere of this small but beautiful university town (all young people everywhere and almost everyone either on the phone or wearing headphones) and regret for a small moment that I don’t live in a city like this. 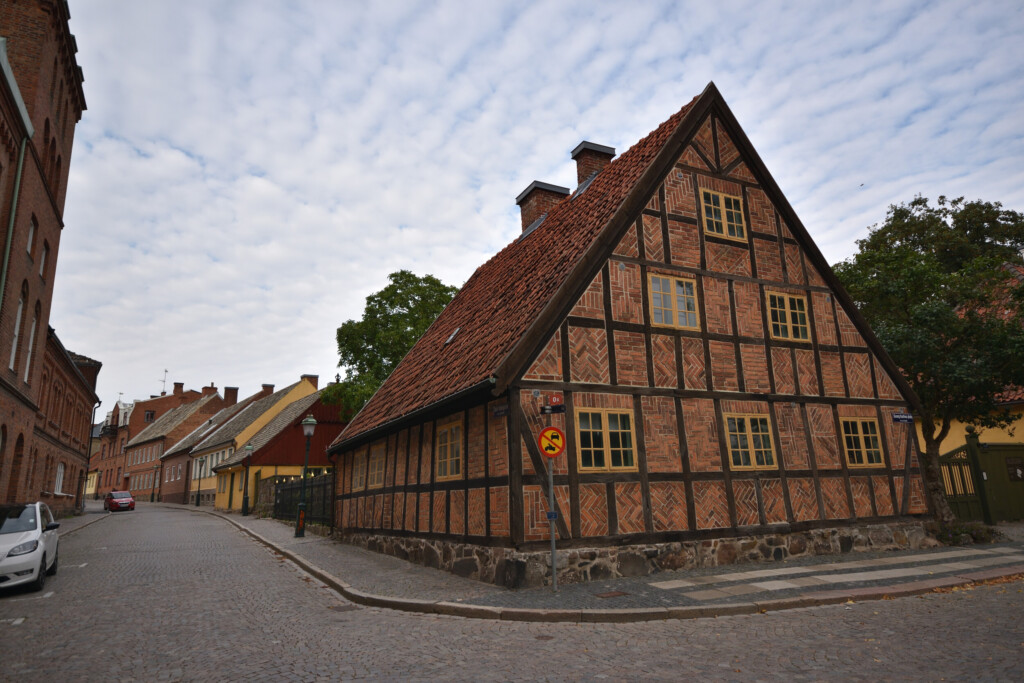 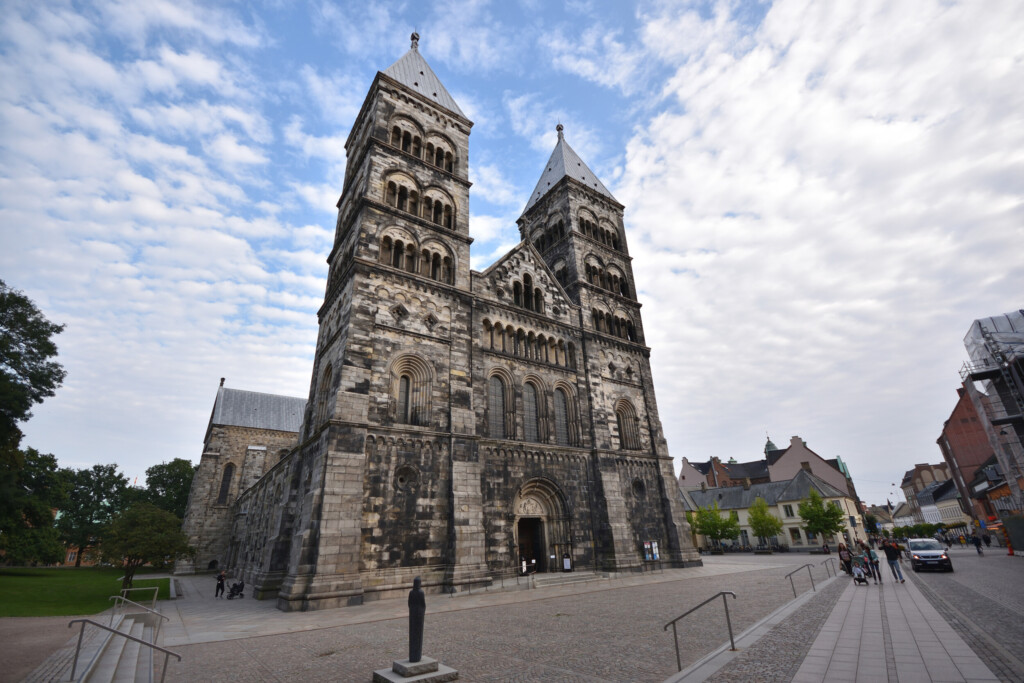 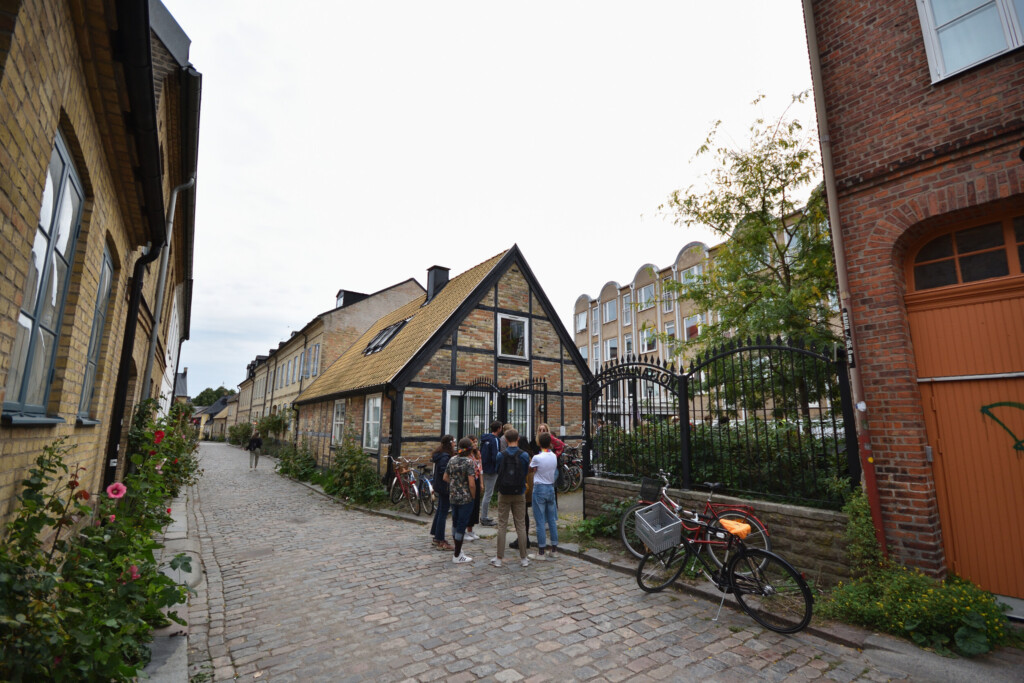 For the evening I set off towards Helsingborg and arrived in the dark on the Kullaberg peninsula, which defies the usual picture of southern Sweden with its elevated position and coastal cliffs. Thanks to the Mapy.cz mobile app, I had pre-selected a few places where I could stay overnight and eventually anchored at a forest rest stop just off the coastal gorge with the beautiful name of Josefinelust. I visited it three times – first as a tourist, then as a night violinist (I brought my “old” violin with me), and in the morning as a photographer. The echo of the violin against the rock wall mixed with the sound of the sea is not something one experiences very often. I was also amazed to see phosphorescent plankton for the first time. 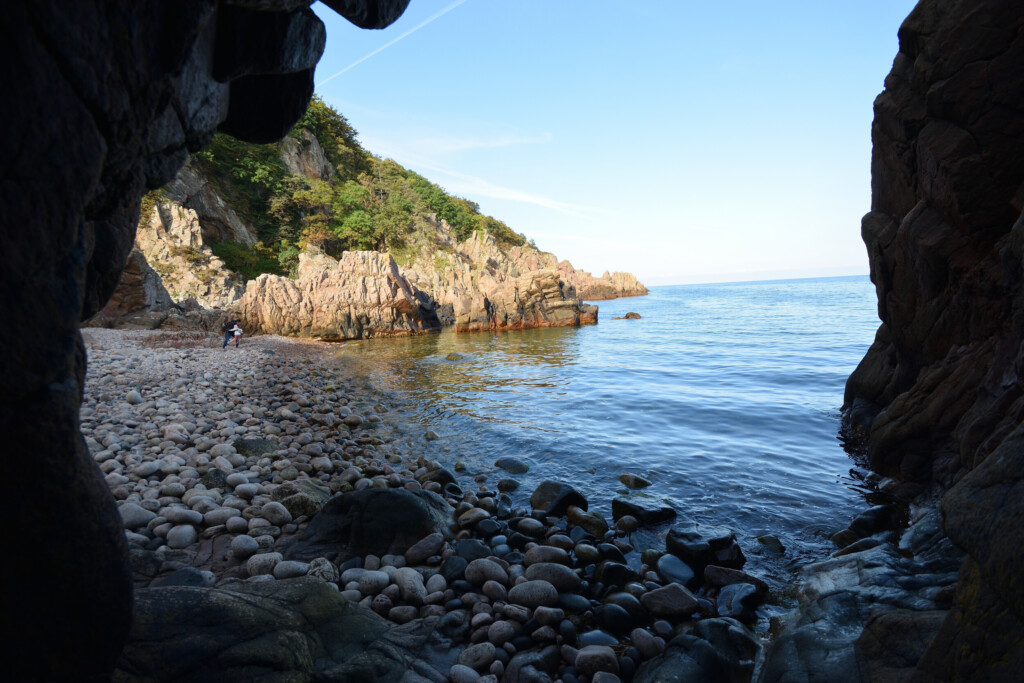 The next day I enjoyed a seven-kilometer walk on the Kullaberg peninsula with breathtaking views of the sea, rocks, and pastures. Perhaps the photos will serve better to give an idea of the beauty of this place.

On the way further north I visited the Bohus Fästning fortress and arrived at the beautiful island of Orust at sunset. While playing and contemplating in the evening, I thought about the meaning of lonely travel when there is no one to share the experience with. I also listened to the interesting music that the fresh wind from the sea was producing on the violin. It was not only the sounds of the open strings but also various other aliquot sounds. Try it sometime. 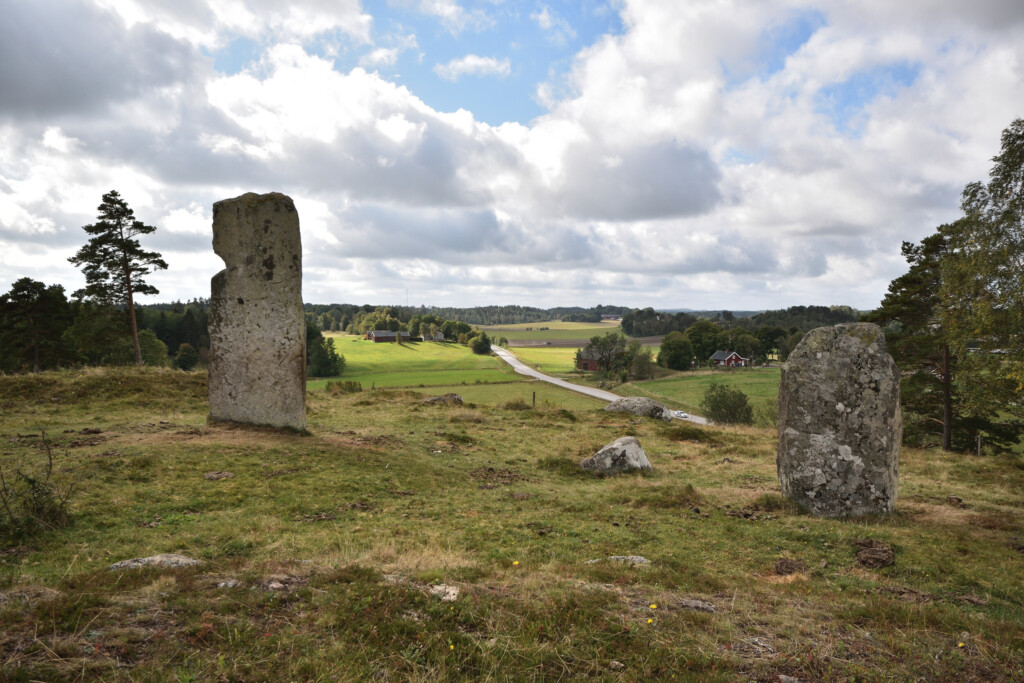 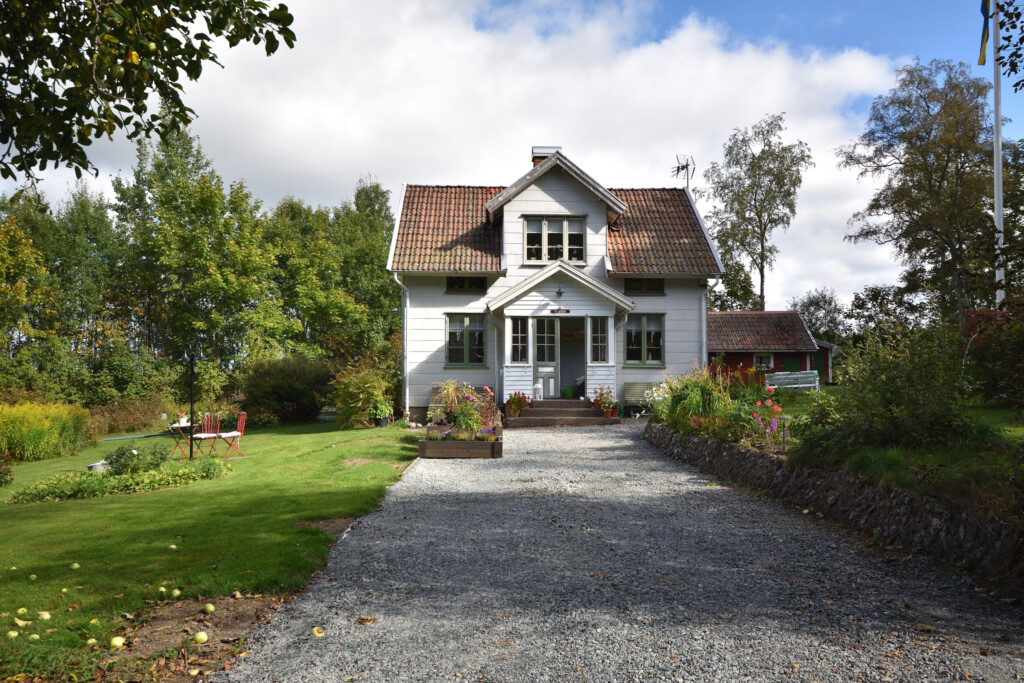 The next day I headed straight to the town of Karlstad to meet the violin maker Per Hardestam. He turned out to be a real person (we hadn’t seen each other before and only communicated online) and a nice guy. On the table were two five-string violins (one older, one new – “mine”) and I recorded my visit in photos and video. 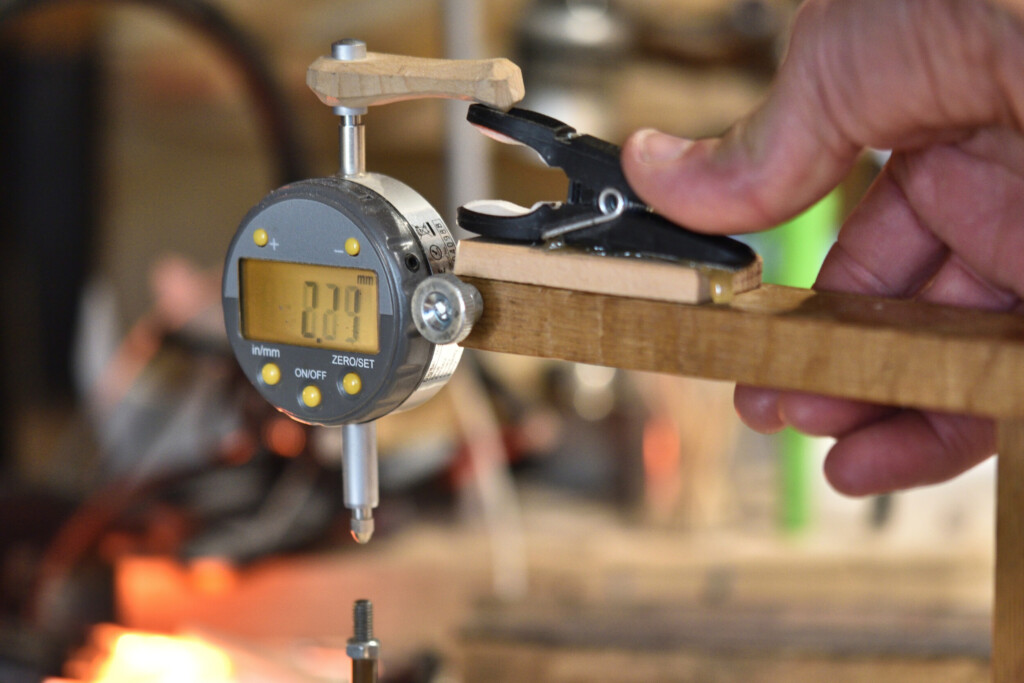 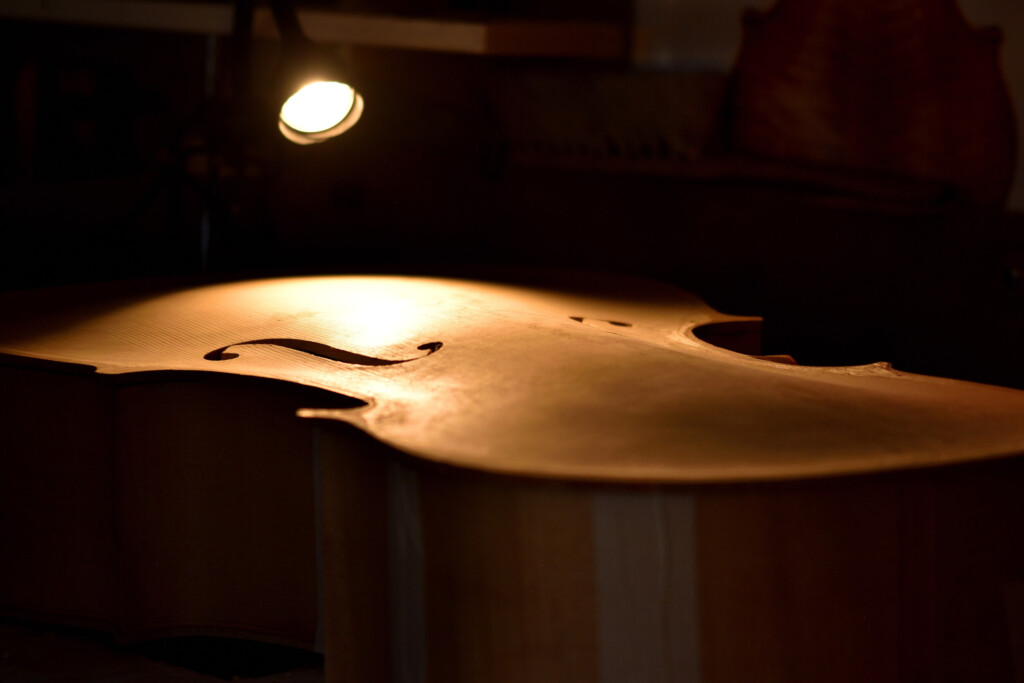 After my visit with the Hardestams, I headed south with my new violin to make the trip shorter the next day. Still, I had to stop and play along the way. I also played in the car at a rest stop before bed, played right after waking up, and played before boarding.

I’ve had the violin for a month and a half now, but I’m still getting used to it. I’m discovering the new possibilities of the fifth string and the still-changing sound (it is a “newborn” after all). However, I feel like I’ve moved more in my violin journey in that month and a half than I have in the last year and a half. One of the first stops on this new journey connected me with the great banjo player Václav Novák, with whom I recorded the old fiddle tune Farewell Trion. If you’re wondering where my journey will lead next, I can write about it once in a while (subscribe here).