My first instrument was violin which I’d played before I actually learned to write. During my childhood, I was captivated by various kinds of acoustic music and I started playing also other instruments, mainly guitar, mandolin, and bass. I gained my first experiences as a player, singer, and songwriter with the bands Křeni and Petr Brandejs Band. Since 2010 I’ve been playing with several bands (G-runs `n Roses, East-West, Fragment, Brejle), performing solo or in various occasional line-ups. Currently I perform mainly with the group New Aliquot and in duo with Radim Zenkl (more about my music projects here). I released my debut solo album Ataman in 2014 and a solo guitar album Overtones – 12 Songs • 12 Vintage Guitars in 2019. Besides that, I’ve been part of more than 20 studio recordings over the years. I feel grateful for being awarded The Guitar Player Of The Year 5-times according to the Czech Bluegrass Music Association and for winning the European BG band contest at the La Roche Bluegrass Festival 4-times (Křeni 2009, Blackjack 2011, East-West 2013, G-runs ‘n Roses 2016). However, the biggest reward for me is the chance to collaborate with so many talented musicians and perform alongside many eminent personalities of the music scene such as Mike Marshall, Dan Crary, Tony Furtado, Beppe Gambetta, Dale Ann Bradley, Steve Gulley, Cia Cherryholmes, Mike Compton, etc. 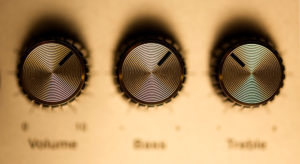 Besides playing and teaching music, I also work in my studio as an engineer and producer, making recordings of my projects or doing the studio work for other musicians, bands, choirs, etc. Whenever my schedule allows I devote myself to my great hobby – photography.

If you feel interested in my activities, check out my blog, follow me on facebook or other social media (links in the footer of this page) to stay updated with my upcoming projects. All my music teaching activities are covered at this page and at ATAmusic website – you can sign up for news there. If you are interested in working with me, drop me a line.

New podcast episode with the legend of Czech/Slova

2022 has been great! Thanks to all the wonderful p

Our new album Eastern Grass is out! Signed CD are